Local company Rio Pools has completed the tiling job at our pool ahead of time and under budget.

The effect of the new tiles is magnificent -- as you can see from the photos.  But there's a few things you wouldn't know unless we point them out:

The original tile choice had limited supplies (not enough) when Rio went to order them -- so we had to choose a different type.  The replacements turned out a bit more expensive.  Then we started dithering about what colour grout to use and eventually had three choices made up into samples specially so we could see the  effect.  We agonised over this, had a quick vote and came up with a bold decision 'Space Blue'.  a lovely rich dark blue colour.  And we think it looks great, but this too turned out more expensive.  Not only that but we had previously decided not to fit the underwater lights straight away to save a bit of cash on labour  -- "Just put the electrical conduits in, please" we said, but Rio said they would fit them anyway.

And through their own efficiency and focus Rio managed to complete the job a week ahead of programme at less labour than they budgeted for.  Then there were two extraordinary things:

You will understand if we say Rio Pools are our favourite-est supplier right now :-)

Here's the tiles as they went on... 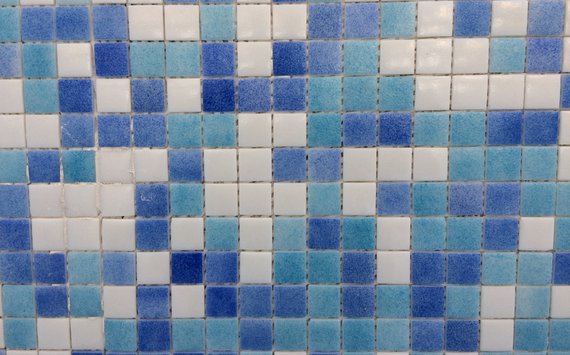 But there is a marked change when the 'Space Blue' grout is put in -- it really adds class! 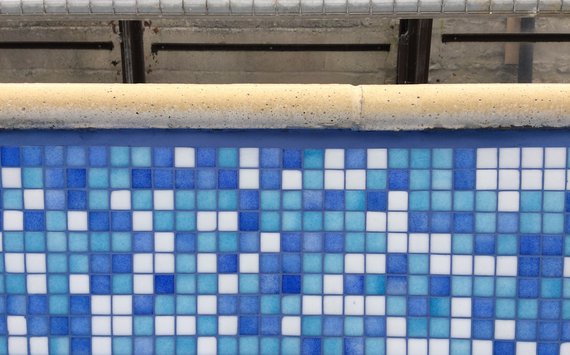 and the wall lights fit in nicely... 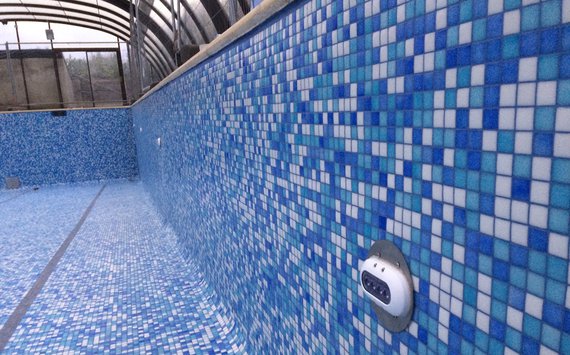 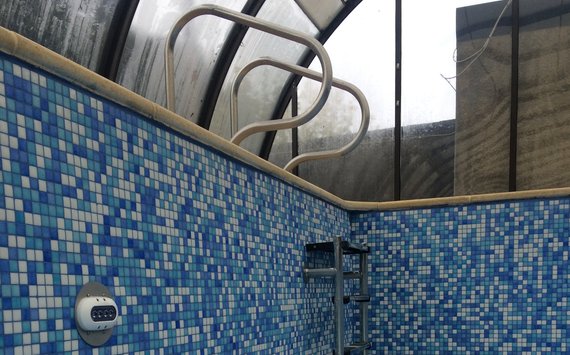 and the new patent bath plug that replaces the old blue grill in the deep end... 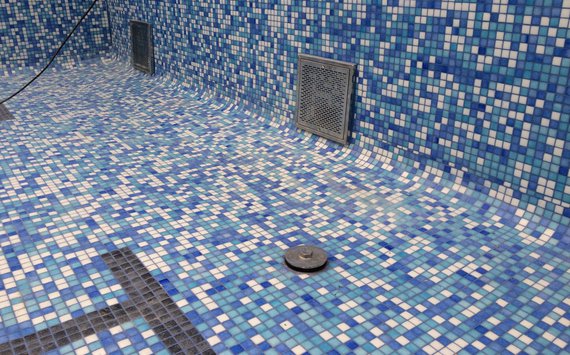 And the overall effect is quite stunning!  Well done and thank you Rio Pools! 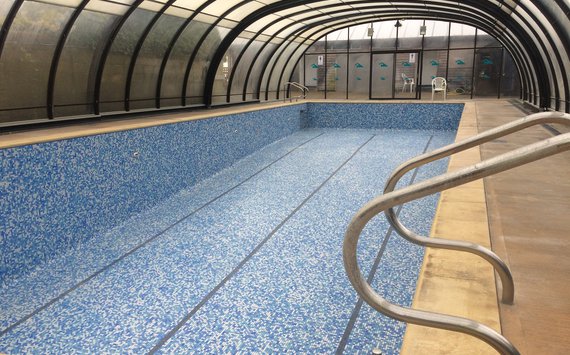 Remember how it looked before?

Pool open for bookings and for turn-up-and-pay public sessions
Booking pool parties and swimming lessons
Opening Plans for 2022
Closed now for the Winter
A bit of background about the £30 10-people booking event at 10 am on Saturdays -- and please avoid multiple bookings.